September 27, 2020 + The Seventeenth Sunday after Pentecost 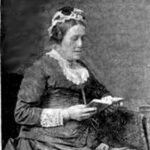 Elizabeth Stirling was born in Greenwich, near London. While in her teens, she studied at the Royal Academy of Music in London. By 1851, the first of a significant number of her part-songs had been published. In 1858, Stirling was appointed organist of St. Andrew Undershaft, a prominent London church. In 1863, her England’s Prayer for the Prince and Princess of Wales, was published. Stirling’s organ works, while varied, frequently include a challenging pedal part, placing her among the avant-garde as both a performer and composer.

Anthem    What wondrous love is this    The Southern Harmony, 1835
Ordinice Olibrice, soloist 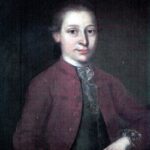 Antonio Francisco Javier José Soler Ramos, usually known as Padre Antonio Soler, known in Catalan as Antoni Soler i Ramos, was a Spanish composer whose works span the late Baroque and early Classical music eras. He is best known for his keyboard sonatas, an important contribution to the harpsichord, fortepiano and organ repertoire. Soler took holy orders at the age of 23, and embarked on an extremely busy routine as a Hieronymite in El Escorial, Madrid with 20-hour workdays, in the course of which he produced more than 500 compositions.