October 10, 2021 + The Twentieth Sunday after Pentecost 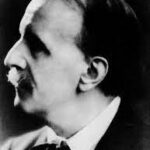 Louis Vierne was the blind organist of Notre Dame Cathedral in Paris from 1900 until his death at the organ console in 1937. His tender Berceuse, an arrangement of a traditional French lullaby, was written in 1913 and dedicated to his daughter. 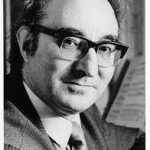 William Mathias was a Welsh composer best known for his music for choir and organ. A child prodigy, he started playing the piano at the age of three and began composing at the age of five. His festive and exciting settings of the Gloria and Sanctus have been mainstays of the Episcopal liturgy since they were written, in 1975.

Lay not up for yourselves treasures upon earth, where moth and rust doth corrupt, and where thieves break through and steal: but lay up for yourselves treasures in heaven, where neither moth nor rust doth corrupt, and where thieves do not break through nor steal: For where your treasure is, there will your heart be also. Ask, and it shall be given you; seek, and ye shall find; knock, and it shall be opened unto you: for every one that asketh receiveth; and he that seeketh findeth; and to him that knocketh it shall be opened.