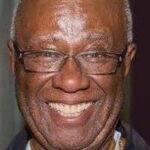 Dr. Robert A. Harris is currently a Professor Emeritus at Northwestern University’s Bienen School of Music. He also serves as Director of Music and Choirmaster at the Winnetka Congregational Church in Winnetka, IL. Dr. Harris held the position of Professor of Conducting and Director of Choral Organizations at NY from 1977 to 2012. Active as a conductor, composer, clinician, lecturer and adjudicator, he has also held guest professorships in conducting at Wayne State University in Detroit, the University of Texas in Austin, and the University of South Africa in Pretoria.

Processional Hymn 287    For all the saints, who from their labors rest    Sine Nomine

Sorrowful day,
When rising from the dust,
Guilty man to be judged.
God have mercy,
Compassionate Lord Jesus,
Grant them peace. Amen. 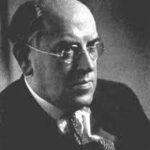 The apparent simplicity of God be in my head, with its repetition of the key phrase, suddenly gives way to very effective harmonic sophistication on the word ‘heart’ that lays the path for the twilit ambience of the final phrase. H. Walford Davies was composer and musical director at the University of Wales as well as Organist at, among others, Temple Church, where his student Leopold Stokowski (later one of the leading conductors of the 20th century) assisted him.