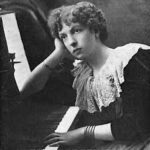 Cécile Louise Stéphanie Chaminade was a French composer and pianist. In 1913, she was awarded the Légion d’Honneur, a first for a female composer. Her first experiments in composition took place in very early days, and in her eighth year she played some of her music to Georges Bizet, who was much impressed with her talents. She gave her first concert when she was eighteen, and from that time on her work as a composer gained steadily in favor. She wrote mostly character pieces for piano, and salon songs, almost all of which were published. 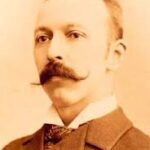 During the sixteen years of his professional life, Boëllmann composed about 160 pieces in all genres. Faithful to the style of Franck and an admirer of Saint-Saëns, Boëllmann yet exhibits a turn-of-the-century Post-romantic esthetic, which especially in his organ works, demonstrates “remarkable sonorities.” His best-known composition is Suite gothique (1895), now a staple of the organ repertoire, especially its concluding Toccata, a piece “of moderate difficulty but brilliant effect,” with a dramatic minor theme and a rhythmic emphasis that made it popular even in Boëllmann’s own day. Before his untimely death at age 35, Boëllmann became known as “a dedicated teacher, trenchant critic, gifted composer and successful performer…who coaxed pleasing sounds out of recalcitrant instruments.”