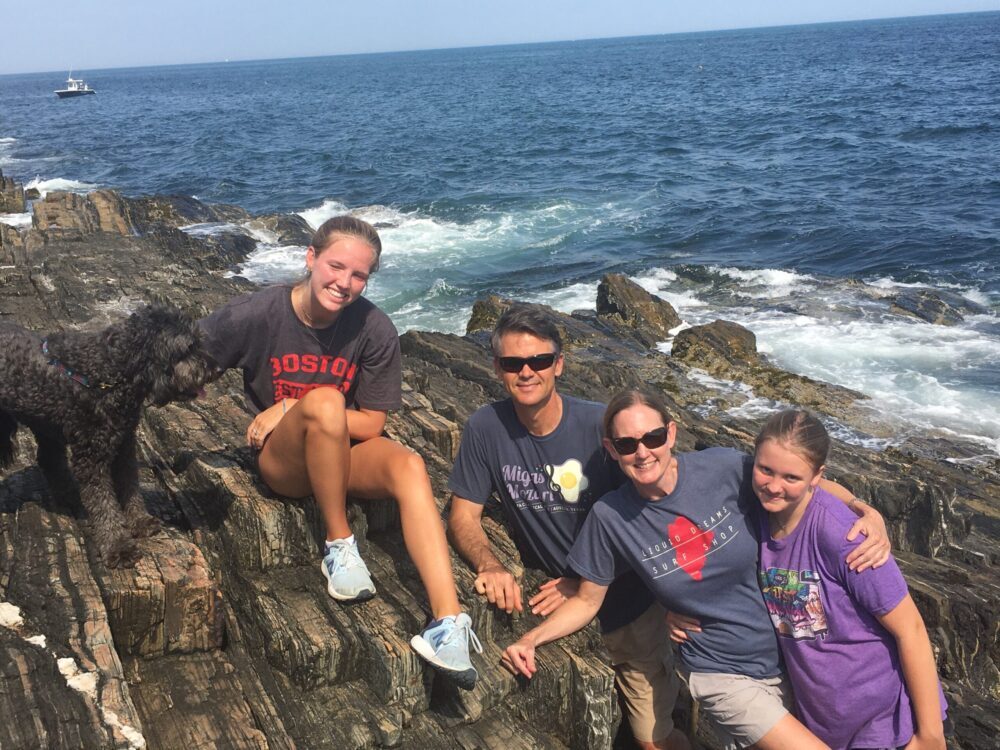 On May 18, 2021, the wardens announced on behalf of the St. John’s vestry that they have called the Reverend Todd FitzGerald to serve as priest in charge. Todd’s professional bio is included below, along with a link to his video greeting posted on the St. John’s YouTube channel. We are excited for Todd to begin his ministry here in West Hartford on August 8, 2021.

After growing up in Louisiana and attending college in Texas, Todd studied for the ordained ministry at Seabury-Western Theological Seminary on the north shore of Chicago. Prior to moving to Illinois, Todd made one of his very best decisions and married Amy McGehee, whom he met through church camp. During their three years in seminary, Todd was active in an anti-racism training program for the community and served as student body president. Upon completing divinity school, he and Amy returned to Texas, where he served in a large downtown parish in Austin. In this urban setting, Todd was active in young adult ministry and a social justice ministry among the church’s neighbors experiencing homelessness.

Feeling a call to share the Gospel outside the traditional parish setting, Todd accepted a call as chaplain at an Episcopal day school in Austin. In addition to leading worship, providing pastoral care, and developing a service-learning program, Todd taught high school religion and history courses. As a day school chaplain, Todd was especially invigorated by the challenge of modeling a life in Christ and presenting the love of God to a community that was primarily unchurched. In an effort to integrate their professional and personal lives, Todd and Amy and their oldest daughter Stella (now 19) moved to a residential Episcopal school in Maryland, where Todd was called as chaplain.

Though he continued to teach religion and history, provide pastoral care, and lead service-learning efforts, Todd’s ministry especially developed as a worship leader at the Maryland boarding school. Founded in 1842 by leaders of the high-church movement in the Episcopal Church, the school maintained a vibrant and robust worshipping life. Through 11 weekly services, including a choral Eucharist, morning and evening prayer, and Compline, the liturgy was inspiring, beautiful, and majestic. Though he never felt completely confident chanting the prayers, Todd credits the years in this high-church setting with exposing him to the richness of our Anglican heritage.

With a new daughter, Florie (now 12), and Todd’s desire for more leadership responsibility, the family returned to Austin for Todd to serve as head chaplain at an Episcopal boarding and day school in the city. As a member of the administrative team for a complex academic institution, Todd’s ministry developed in new areas. In particular, he was involved in budgeting, marketing, strategic planning, and management at a new level. In addition to more significant administration, Todd served as the primary advocate for the school’s Episcopal identity.

Although a chaplain’s responsibilities and more complex administrative roles have been fulfilling, Todd’s real passion is ministry among disciples of Jesus. He is extremely excited to join the people of St. John’s parish as we continue to worship God, form disciples of Jesus, and share Christ’s love with each other and our neighbors.