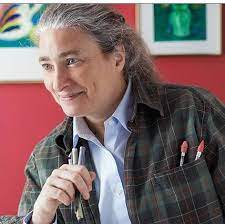 Rachel Laurin is a Canadian organist, composer and music educator living in Quebec. Laurin studied organ at the Conservatoire de musique du Québec à Montréal. In 1985, she received the McAbbie Foundation scholarship and, in the following year, the Bourse d’excellence Wilfrid-Pelletier. She has performed in Canada, the United States and France. She has received the Conrad-Letendre scholarship five times. From 1986 to 2002, she was assistant organist at Saint Joseph’s Oratory. In 1988, she started teaching at the Conservatoire de musique du Québec à Montréal. From 2002 to 2006, she was titular organist at Notre Dame Cathedral in Ottawa.In 2008, she received the Holtkamp-AGO Composition Award. In 2009, she was awarded first place in the Marilyn Mason New Organ Music  Competition.

“Be not afraid,” saith God the Lord, “be not afraid, thy help is near!”
God, the Lord, thy God, saith unto thee: “Be not afraid!”
Though thousands languish and fall beside thee,
and tens of thousands around thee perish,
yet still it shall not come nigh thee. 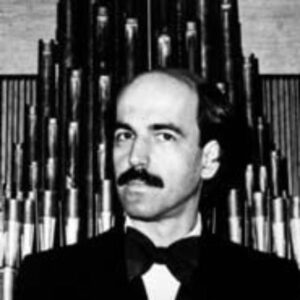 (George) Calvin Hampton was a leading American organist and sacred music composer. From 1963 to 1983 Hampton was organist and choirmaster at Calvary Episcopal Church in the Gramercy Park neighborhood of Manhattan. His  “Fridays at Midnight” organ recital series, which ran from 1974 to 1983, was among the most well-known and popular organ recital series in American history.

Before Hampton’s death, Erik Routley, an authority on church music, called Hampton “the greatest living composer of hymn tunes.” His settings of the Episcopal liturgy are also used in Catholic churches, and his choral works are innovative and challenging pieces of sacred music.

Hampton eventually stopped working at the church to concentrate on composition and organ consulting. He contracted AIDS but remained active until the final few weeks of his life.