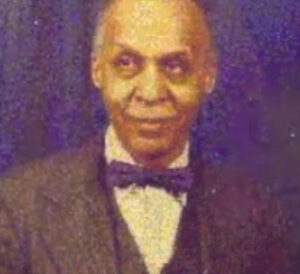 Thomas Henderson Kerr, Jr., born in Baltimore, Maryland, was raised in a musical family. His father was a famous orchestra leader and composer. From a young age, Kerr played the piano, even teaching himself how to play the organ. At the age of 14, he was playing for churches and in nightclubs. Kerr dreamed of attending the Peabody Conservatory in Baltimore, but African American students were not admitted during that period of time. He, instead, attended Howard University for one year before continuing his musical studies at the Eastman School of Music in Rochester where he completed his Bachelor of Music degree in piano and theory, as well as his Master’s degree in theory. Kerr received honors and prizes in composition and performed many times as piano soloist with the National Symphony Orchestra.

Tell me where is the road I can call my own,
That I left, that I lost, so long ago?
All these years I have wandered, oh, when will I know
There’s a way, there’s a road that will lead me home?

After wind, after rain, when the dark is done,
As I wake from a dream in the gold of day
Through the air there’s a calling from far away,
There’s a voice I can hear that will lead me home.

Rise up. follow me, come away is the call,
With love in your heart as the only song;
There is no such beauty where you belong,
Rise up, follow me, I will lead you home.

Lord, now lettest thou thy servant depart in peace according to thy word.
For mine eyes have seen thy salvation,
Which thou hast prepared before the face of all people;
To be a light to lighten the Gentiles and to be the glory of thy people Israel.
Glory be to the Father, and to the Son, and to the Holy Ghost.
As it was in the beginning, is now and ever shall be. World without end, Amen.

In 1913, Louis Vierne spent the summer with the De Montesquiou family at their chateâu in Longpont, a town northeast of Paris. On August 15, the Feast of the Assumption, Vierne accompanied hymns during the procession, using a harmonium, mounted on a cart drawn by two donkeys. Later that day, he composed Carillon du Longpont based on the theme of the peal of the three bells and a clock bell in the belfry of the chateâu’s small chapel. Vierne dedicated the piece to his brother, Rene, also an organist. Sadly, Rene was killed in a battle during the First World War, waged east of Longpont.