Sleep, sleep tonight
And may your dreams be realized
If the thundercloud passes rain
So let it rain
Rain on him 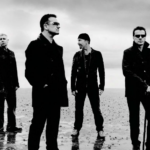 MLK is a song by Irish rock band U2, and is the tenth and final track on their 1984 album, The Unforgettable Fire. An elegy to Martin Luther King Jr., it is a short, pensive piece with simple lyrics. It was because of this song and “Pride (In the Name of Love)”, another tribute to King, that lead vocalist Bono received the highest honor of the King Center for Nonviolent Social Change, an organization founded by Coretta Scott King.

Lord, now lettest thou thy servant depart in peace according to thy word.
For mine eyes have seen thy salvation,
Which thou hast prepared before the face of all people;
To be a light to lighten the Gentiles and to be the glory of thy people Israel.
Glory be to the Father, and to the Son, and to the Holy Ghost.
As it was in the beginning, is now and ever shall be. World without end, Amen. 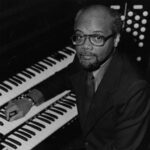 Eugene Hancock attended the University of Detroit where he studied music, and then went on to the University of Michigan for a M.Mus. degree. He earned the Doctorate in Sacred Music from Union Seminary in New York City. Hancock was a professor of music at Manhattan Community College and held positions in a number of churches in New York City, including the Cathedral of St. John the Divine and St. Phillip’s. From 1984-1990, Hancock was Director of Music at West End Presbyterian Church. He is best known for vocal pieces, Absalom and Nunc Dimittis, his choral work Introit, and his organ work, The Wrath of God.

Closing Hymn    We shall overcome