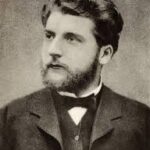 The “Agnus dei” credited to Georges Bizet is based on the Intermezzo from the “L’Arlesienne Suite No. 2” taken from Bizet’s 1872 music to Alphonse Daudet’s play. Bizet had only made one suite out of his L’Arlesienne music and four years after the death of the composer the publisher commisioned Bizet’s close friend Ernest Guirard to compile another. Apart from preparing this second suite Guirard extracted the Intermezzo movement and added the catholic Latin text of the “Agnus Dei” to it. It was published as another “new” work of Bizet.

Closing Hymn 439    What wondrous love is this    Wondrous Love 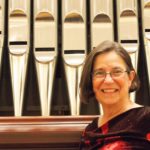 Concert and recording artist (and St. John’s member) Christa Rakich performs widely throughout North America, Europe, and Japan. She is currently Visiting Professor of Organ at Oberlin Conservatory in Ohio. Near her home in Connecticut, she maintains two Artist-in-Residencies: St. John’s Episcopal Church in West Hartford and the Congregational Church of Somers. Past Artist-in-Residencies have included the University of Pennsylvania and First Lutheran Church in Boston.