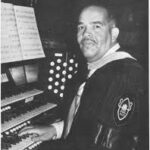 William B. Cooper was a native of Philadelphia. He received his B.M. and M.M. degrees from the Philadelphia College or Performing Arts and a Doctorate of Music from Columbia Pacific University (California). He served on the music faculties of Bennett College (Greensboro, NC) and Hampton University (Hampton, VA) as well as 26 years in the New York City School System. Cooper also served as Minister of Music at historic Saint Philip’s Episcopal Church (1953-74) and Saint Martin’s Episcopal Church (1974-88) in Harlem.

Hear my words, O gracious Lord, to my thoughts attentive be;
Hear my cry, my King and my God. I will make my prayer to thee.
With the morning light, O Lord, thou shalt hear my voice arise;
And expectant I will bring, prayer as morning sacrifice.
Thou art Holy, O my God, thou delightest not in sin;
Evil shall not dwell with thee, nor the proud thy favor win. 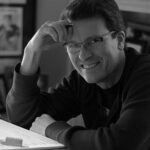 Stephen Paulus was a prolific composer of classical music. His music continues to be frequently performed and described by critics as rugged, angular, lyrical, lean, rhythmically aggressive, original, often gorgeous, moving, and uniquely American. The New Yorker characterizes his music as having “impeccable technique and well-honed audience appeal,” while The New York Times says “Mr. Paulus often finds melodic patterns that are fresh and familiar at the same time…His scoring is invariably expert and exceptionally imaginative in textures and use of instruments.”

Closing Hymn    To God be the glory