Palm Procession from the Cloister Garden

Hymn in Procession 154    All glory, laud, and honor    Valet will ich dir geben

For God so loved the world, that he gave his only begotten Son,
that whoever believeth in him should not perish, but have everlasting life. 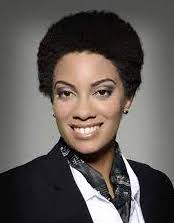 B.E. Boykin is a native of Alexandria, Virginia and graduated from Spelman College with a B.A. in Music. Ms. Boykin received her M.M. in Sacred Music with a concentration in Choral Studies from Westminster Choir College. She continued to compose music during her time at Westminster, and was awarded the R and R Young Composition Prize just a few months shy of graduating.

Ms. Boykin currently serves as Assistant Director/Accompanist for the Spelman College Glee Club. Her most recent commissioned work, “We Sing as One,” was commissioned to celebrate Spelman’s College’s 133rd Anniversary of its founding. Ms. Boykin’s instrumental and choral works are currently being published and distributed through her own publishing company, Klavia Press. 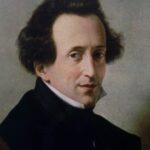 Mendelssohn’s posthumously published Three Sacred Pieces were composed towards the end of 1846. Mendelssohn was never physically the most robust of men, and the years of constant traveling, performing, composing and conducting were now taking their toll on his fragile frame—he was to pass away the following year. His letters of the period are brimful of references to his state of exhaustion, and by the time he came to compose these short choral works, he had already begun pulling out of upcoming performances. This perfectly conceived miniature is typical both in terms of its sheer mastery of choral writing and effortless command of musical expression and structure.