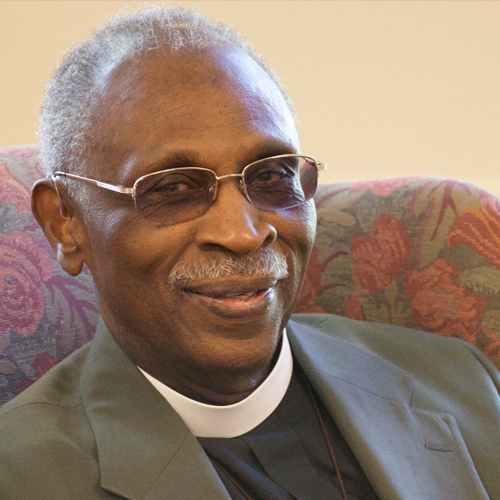 The Reverend Walter McKenney was ordained a deacon in 1999 by Bishop Coleridge at Christ Church Cathedral, Hartford. He has served as deacon at churches in Hartford, East Hartford, Bolton, and Glastonbury, joining us at St. John’s in June 2016. Walter’s work experience consists of 30 years as a firefighter/arson investigator with the City of Hartford. He was also a community advisor at Episcopal Metropolitan Mission. When he approached retirement, he began his discernment at Hartford Seminary through the Black Ministry Program and the Ministry Exploration and Education Program (MEEP), and felt called to ordained ministry as a deacon. His continuing education has been at Yale Divinity School and the General Theological Seminary of the Episcopal Church. Walter lives in West Hartford, and loves walking the 4.5 mile loop at the local reservoir, reading and surfing the ‘net. He has four children, ten grandchildren and five great grandchildren.